Donating plasma helps save and improve the lives of thousands of people around the world.

Your donation helps patients who need plasma-derived biotherapies to improve or save their lives. Those in need are suffering from life-threatening conditions such as hemophilia, immune deficiencies, and other blood disorders.

Plasma is the essential ingredient in many medications and treatments. Only plasma donors can provide this vital material, it cannot be synthetically created or produced in a laboratory.

Donate plasma today and give someone the chance to live a happier and healthier life. 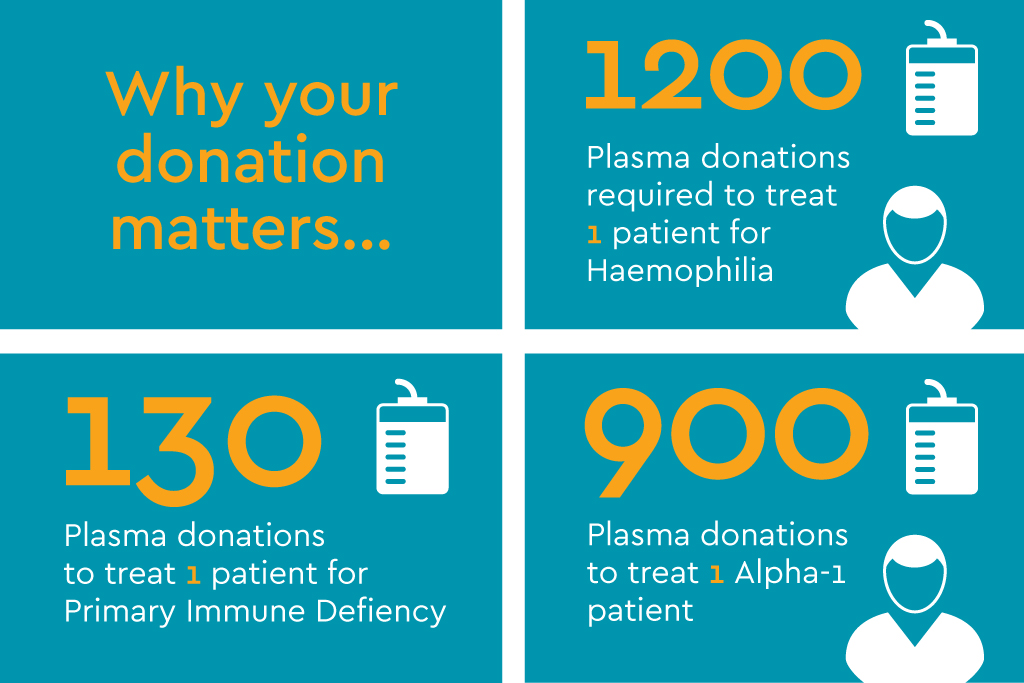 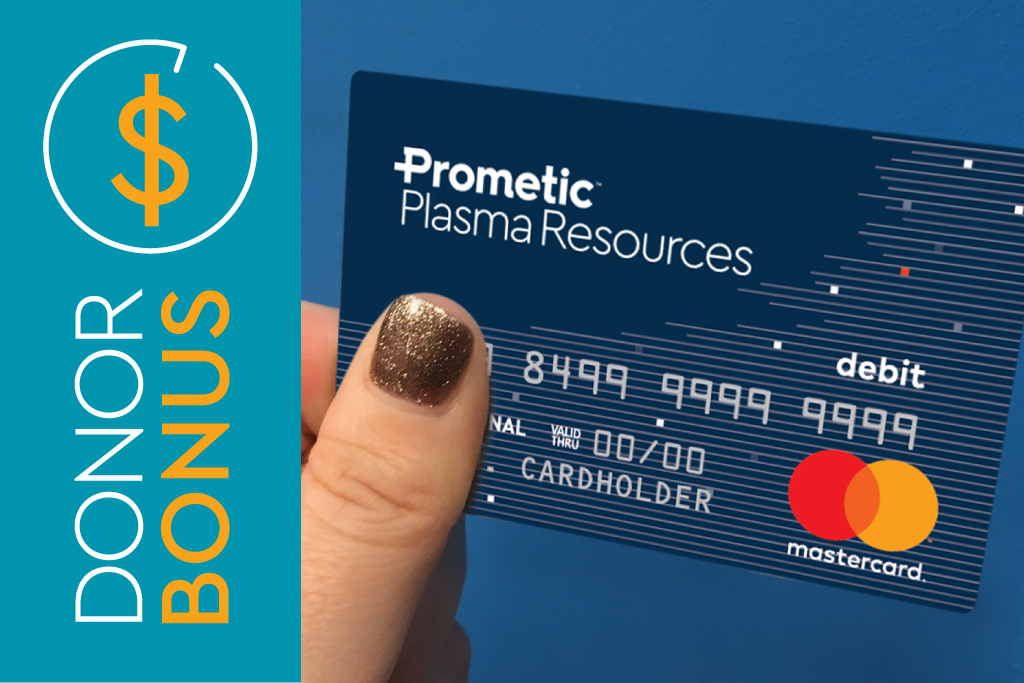 In addition to helping others, donating plasma will benefit you. You’ll have the knowledge that you’re making a difference in someone else’s life and receive compensation for doing so.

Donors can spend several hours a week at our donor centers giving up to two donations. We value the generosity and commitment of all our donors and feel they should be rewarded for their time and effort.

For this reason, donors receive compensation for each donation. Compensation varies depending on the plasma program in which you participate and the center location so contact the center nearest you for information on our current offers.

All our donors have their own reasons for donating, read some of their stories below on why they continue to come back to our plasma centers and help others.

My mother is Rh negative and my father is Rh positive. There was no WinRho, Anti-D Immune Globulin, back in 1954 so I was not able to receive treatment to prevent immunization to D antigen on red blood cells.

My daughter has had two children and has received WinRho for both pregnancies.

The benefits for my donation are very personal for me and the benefits are priceless.

Although I had donated blood when I was younger, I became uniquely aware of my Rh status during my first pregnancy. I was very grateful for the medication (Anti-D Immune Globulin) I received while pregnant, was derived from plasma.

When I found out about the plasma program from a lady in our community who also donated, I was eager to participate. I wanted to contribute as an indication of my gratitude from the past and to help potential mothers in the future.

In closing, I would like to say how much I appreciate the way I am treated by all members of the team, their caring and professional approach makes the donation program first rate.

My involvement with plasma and plasma-derived medications dates back to 1990 when my oldest son was 4 years old.

He was undergoing a routine tonsillectomy when something went very wrong. It was discovered that he had almost no platelets to stop the bleeding during surgery (despite having had a normal pre-op appointment) and after transfusions to stabilize him, was treated with IVIG, a plasma-derived medication.

After endless testing, we weren’t any closer to a diagnosis, other than he had some kind of an auto-immune response that seemed to think his platelets as well as his red and white blood cells weren’t necessary, so his immune system sought out to destroy them. We did however, have bi-weekly hospital treatment of IVIG in our local hospital that would help keep these blood levels in the safe zone thereby allowing him to live life somewhat normally.

After 8 years of this, he finally was diagnosed and put on an oral medication that worked to keep his immune system more stable without needing to go to the hospital so regularly.

Fast forward 12 years and my son was now fighting Leukemia with Cancer in his marrow, his blood and his cerebral spinal fluid, which ended up requiring a bone marrow transplant.

For 6 months he and I lived in hospital 150km from home while he fought the disease. While grabbing something to eat in the hospital cafeteria one day, I noticed an ad for plasma donation only 15 minutes from where we were.

Having benefited so greatly from years of plasma-derived medications, I went to see if I was a candidate for donating plasma. As long as my son was medically stable, I would take a couple of hours in the day to go donate plasma every week. After his transplant, my son once again benefited from plasma-derived medication and my commitment to continue donating solidified, even once we were home.

Though not weekly anymore, given my being back at work full-time and living outside of the city, I try to donate at minimum once or twice a month and have continued to do so for the last six years since my son has been in remission.

The 4 or 5 hours it takes for me to get to the plasma centre, donate and get back home is minor in comparison to the benefits we’ve received from others willing to give their time and plasma in order to produce lifesaving medications.

I’m so grateful for the opportunity to be able to give back so others can receive what we did…a life of new adventures.

I have donated for anti-D plasma for 18 years. I have many reasons to donate:

The plasma center has been part of my life. A good part.

Thank you to everyone, who helps in any and every way to make this happen. People working together can move mountains.

I donate because while I was pregnant with my kids, I received WinRho (Anti-D Immune Globulin).

Without this drug, I wouldn’t have had my kids. I gave because someone gave for me.